Gorham has recently been identified as the 4th safest town in Maine! Read about it at:

The northernmost state of the contiguous United States, Maine can also make a convincing argument to be considered the nation’s safest: its violent crime rate of 1.97 per 1,000 inhabitants is the lowest of any state. Whether it be the nippy weather, temperate, mild mannered populace, or the lack of a large city, citizens of and visitors to Maine have more reason to worry about hitting a deer with their car than being the victim of a crime.

Maine’s safest community with a population over 10K is Kennebunk, a small town of 11,289 that reported a mere 4 violent crimes, translating into a miniscule rate of 0.35 violent crimes per 1,000. The property crime rate of 7.88 per 1K ain’t too shabby, either.

Orono and Wells are numbers #2 and #3 on the list, respectively. Like Kennebunk, they are small towns of under 11,000 inhabitants. Interesting, they reported nearly identical crime rates: 125 property crimes each, with Orono’s 4 reported violent crimes being two higher than Wells’.

To identify the safest cities in Maine, we reviewed the most recent FBI Uniform Crime Report statistics along with our own population data and internal research. We eliminated any cities that failed to submit a complete crime report to the FBI and removed cities with populations under 10,000.

The remaining cities were ranked based on the number of reported violent crimes (aggravated assault, murder, rape, and robbery) and property crimes (burglary, arson, larceny-theft, and motor vehicle theft) per 1,000 people. These variables were then weighted, with violent crimes accounting for 1.5 of the total (due to their severity) than property crimes.

Click on “search now” for a  list of retail, commercial, office, and industrial property available for lease or sale in the Town of Gorham 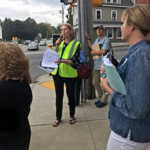 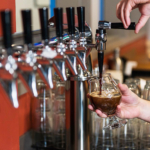